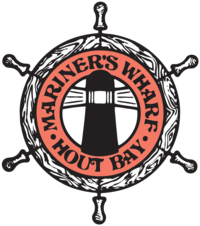 On the magnificent coastal drive from Cape Town to Cape Point is Hout Bay and its world-famous Mariner’s Wharf, Africa’s and the Southern Hemisphere’s first harbourfront emporium.

Conceptualised and built during the 1980s by Hout Bay’s very own Stanley Dorman, it has continued to grow under his and his family’s watchful eyes.

Its restaurants, shops and markets exude a maritime ambience as is nowhere else to be found, and has become a unique destination where the famous and locals, jetsetters and tourists, rub shoulders with old salts and venerable fishing captains.

On Mariner's Wharf's 21st birthday in 2005, Maritime Southern Africa summed up the experience in a few succinct paragraphs:

``It's not just a fish shop; a restaurant, a bistro; an antique, curio or jewellery shop. It's not even a combination of all these - Mariner's Wharf is so much more to Hout Bay and its visitors.

Representing the first waterfront emporium development in Africa, Mariner's Wharf exposes visitors to a culture that's rich in its maritime authenticity. Certainly not ostentatious in its outward appearance, Mariner's Wharf has shunned all the usual trappings of themed waterfront developments where interior designers and clever architects effectively create watered-down versions of the real thing.

At Mariner's Wharf it is all real. From the figurehead that welcomes you to the restaurant upstairs, to the fishing boat and wheelhouse that overlook the fresh fish shop and deli. The antique shop bursting with maritime collectibles and the curio and gift shops both stock marine-related souvenirs. Everything there has a story to tell like so many of the seafarers that have and still do traverse our oceans.

It's not just about things though - it's about the people. Some of the employees date back to the old fishing days and the artisans and shipwrights have been retained to craft and build many of the decor items that now lend a sense of authenticity to the Wharf. From signage to candle holders and other furniture, they're kept as busy as if they were still working on the fishing vessels of the old days.``

All of us at Mariner's Wharf look forward to welcoming you! 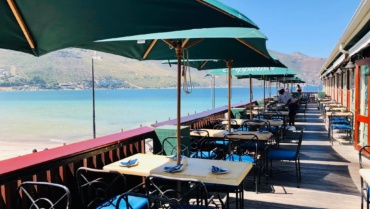 Mariner’s Wharf brings you the freshest, most delicious seafood. Dine-in at the Wharfside® Grill, grab an alfresco takeout from our Wharfette® Bistro, or enjoy a drink in the Crayclub bar. 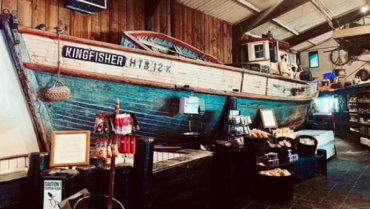 Our unique Fishmarket offers both fresh and frozen, responsibly sourced seafood, plus condiments and spices for the perfect seafood dish. 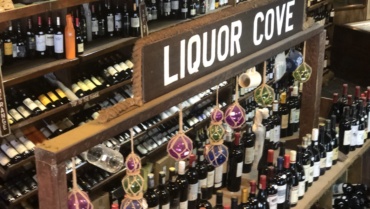 The Liquor Cove serves up the best of the Cape’s wines, a full range of spirits, liquors, beers and ciders. Everything you need for the high seas. 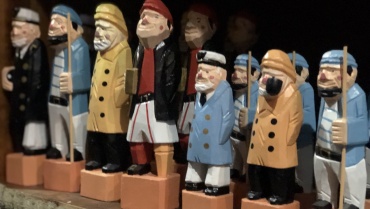 Visit the Mariner’s Chest for untold treasure, the Pearl Factory for an authentic ‘Pearl in an oyster’ experience and our Antique Shop for nautical artefacts and collectibles.

What people are saying

Always a winner for the best seafood in Cape Town!

Fish and chips delish! There is a queue but it moves fast. They have sauvignon blanc, Hunters Cider, live music, lively scenery. Expensive curio shops but lovely trinkets. Lovely walk down the quay

Fantastic shops with lots of gifts, treats, snacks and delicacies!

There are many places in Cape Town, who make an awesome Fish & Chips parcel, but Mariner's Wharf makes the best Calamari & Chips. The taste and quality have been consistent, over my lifetime of coming here.

Lorenzo
Food was divine. We bought the family meal which came packaged perfectly. More than enough for 4 people....maybe 5 or 6. Host was extremely friendly and informative. There was a long line but it went relatively quickly. Was full but managed to find seating. Overall was such a nice day and lunch with my family.
Ilhaam

The best cajun calamari in Cape Town. Wonderful venue and great staff. Always a wonderful welcome from them. We only have cajun calamari, just can't try anything else!

Marie
The best snoek and chips in the world. Best view in Houtbay. The best of Cape Town.
Kobus
You really feel like a tourist in your own town, when you have some sea food at Mariner's Wharf. Old school soul food.
Frederick
Best seafood ever.
Henry
Amazing food! Couldn't risk the food getting cold, so we stopped at a viewing point and enjoyed in the car!
Tejas
Wow!! The seafood platter was amazing!! The sea, sand, seagulls completed the meal!! LOVE on a plate!! Thank you! You cannot visit Cape Town and not have a meal here.
Cheryl
Authentic Fish & Chips so fresh off the trawlers! No better place to eat it than right on the wharf in the sun and cool sea breeze with seals barking and waves splashing...
MJ
Wonderful fish, tastes delicious
Enver Halim
The hake was so crispy and fresh!! The calamari was the best I've actually had.
Joside

Best fish in Cape Town! The prices are affordable and the quality is exceptional. Perfect place to take the family for fish extravaganza.

Valentine
The best fish and chips in Cape Town. Crunchy battered fish fresh off the boat 😉. Very well organised for COVID with fast friendly service.
Lindy
Very unique experience. The smell and the sound of the sea right next to you. Staff makes you feel welcome. Will definitely visit again.
Minette

“This Cape is a most stately thing, and the fairest Cape we saw in the whole circumference of the earth.“

It’s been an amazing holiday season and we thank

Yesterday we had the pleasure of hosting a 75th bi

Say goodbye to 2021 with a delicious seafood platt

We hosted the most awesome bunch from Jozi today i

Get your fish and chips fix and then dip your toes

We hope everyone is enjoying their holidays! Hout

The holidays are just about here!! We are prepped

Today is a good day for lunch on the deck. Who are

You can login using your social profile
Problem with login?